COSMETICSNews & ContactNewsMarine Bamboo TM: Out of the deep blue sea

Slowing down the aging process and protecting the skin from harmful rays of light are two important aspects that an anti-aging product should meet. Marine Bamboo ™ is an extract from the brown alga Himantalia elongata, enriched with fucosterols and marine carotenoids (fucocarotenoids), which masterfully fulfills these tasks.

Marine Bamboo™ is ECOCERT / COSMOS certified and has excellent skin protection and regeneration properties, which actively combats the harmful effects of skin aging, UV and IRA exposure, while firming the skin and making it look younger.

Marine Bamboo™ is an extract obtained from the brown alga Himantalia elongata, highly enriched in antioxidant and protective substances such as fucosterols and fucocarotenoids, which helps our skin to protect itself from the effects of oxidative stress caused by pollution, aging and various types of radiation (UV, IR type A and blue light).

Himanthalia elongata is a more than three metre long giant and grows at a depth of between 10 and 30 metres below sea level. The component of the visible light spectrum capable of penetrating to the depth at which this algae lives is made up almost exclusively of blue-violet light or "high-energy visible light" (HEV).

Exposure to blue light causes oxidative stress and an increased production of matrix metalloproteinases (MMP1) and the associated breakdown of contacts between fibroblasts, collagen and elastin fibers, consequent complete loss of the contractile strength of the fibroblasts. The loss of the forces of contraction of fibroblasts leads to collapse / breakage and thus to the loss of firmness and elasticity of the skin. 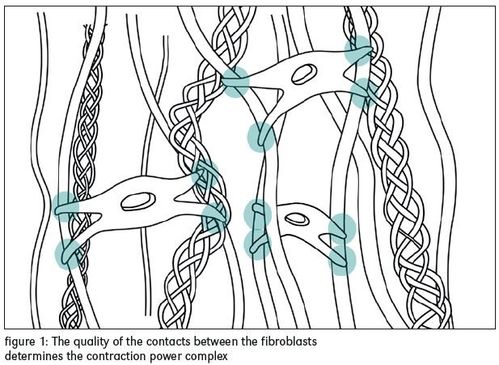 Marine Bamboo ™ extract from organic Himanthalia elongata is enriched of fucosterol and marine carotenoids. These two substances protect the algae from the breakdown of the contractile forces in the aging process, multi-light and pollution exposure and restore them.

We use cookies to provide functionality on our websites, to personalize function for your convinience, to provide social media features, and to compile access statistics. Various techniques may be used to share information about your use of our site with our social media and advertising partners. For more information, please see our Privacy Policy.
Here you will learn everything about privacy
More on this

These cookies help us to see how visitors use our sites. This information is collected anonymously.